10 Reasons Why Age Gap Matters in Sex and Relationship

According to studies, women who have partners six years older than themselves have higher rates of intercourse compared to females who have a partner their age. This makes females with older partners to be more at risk with pregnancies and sexually transmitted diseases.

In another study, females whose partners were older than themselves were less likely to use condoms during sex. From these studies, we can see that large age gaps seem unfavorable to younger female partners when it comes to sex, pregnancies, and sex-related diseases.

To further see how age difference can affect a relationship, scientists delved into the age difference of married couples. What they’ve found out is quite surprising. Couples who have a year or less age difference between them have a 3 percent chance of ending in breakups. Those who have 5-year gaps are 18 percent more likely to break up while couples with a 10-year age gap have a 39 percent divorce rate. Relationships with 25 years age difference have the highest chance of divorce with a whopping 95 percent.

The researchers gave us the conclusion that the higher the age difference between couples, the bigger their chances of separation. However, some studies also show that the longer couples with a wide age gap stay together, the lesser their likelihood of ending in divorce. While lots of factors contribute to divorce, the wide age gap is one of them. And here are the reasons why:

Regardless of your age, your family and friends are likely to approve or disapprove of your relationship. This can come as a big challenge for couples whose age difference is ten years or more. 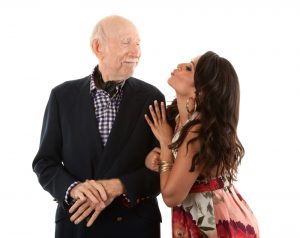 In 2006, a study revealed that, in general, people are less likely to approve a relationship when one partner is older than the other. When such relationships don’t have strong foundations, couples tend to break up due to decreased commitment in the relationship. It’s hard to move past the judgments from friends and family, which will eventually take its toll on the relationship in the long run.

As people age, their priorities start to change. The things that are important to you in your 20s might no longer matter in your 30s.

If couples who have an age gap that’s decades apart find it difficult to manage the difference in their life stages, it would create a crack between them. While this can be a common issue for couples in this situation, some experts say their differences may have to do with the couple’s personalities. As long as they’re able to approach the issues in the right perspective, they’re bound to overcome it. But when the difference seems to drain them, it would be the start for their relationship to crumble.

Generally, men advancing in age tend to have lower sex drives while younger women are still on the verge of exploring their sexuality and capability in bed. For couples with wide age gaps, intimacy could pose some serious issues, leading to break up. On the other hand, older women may no longer be able to carry the child of a younger partner, which can be a reason for breakup or divorce.

The age of couples

Some relationships with age gaps of 20 or more can thrive despite differences while some don’t. Scientists say this has something to do with the age of the couples. A person who is 20 years old and has a 40-year-old partner faces more challenges than partners aging 50 and 70. This is because the former couple has vast life stages compared to more elderly couples. One partner is still at the prime of their life, which is characterized by parties and nightlife, while the other partner is at the stage where they want to spend more time at home than outside.

Older men who feel they’re running out of healthy sperm can become anxious and want to conceive while they still can. This can be problematic when his younger partner is at the prime of her life and becoming a mother is not yet a priority.

A wide difference in age may not be a problem as long as both couples can adjust. But when both of you are generations apart, it’s where most issues can come in. This means you can repress some of your needs to please your partner the same way your partner represses theirs to please yours. This is less ideal, especially when you believe you deserve every good thing life has to offer.

While men who have younger and attractive partners feel an ego boost, women who are older than their partners, on the other hand, feel the opposite. They feel putdown whenever people commented on how lucky they are for having a younger and handsome partner.

You belong to the minority

Being in the minority may not provide you the most comfort since humans have been oriented to belong in the majority. Because of this, people may give you and your younger or older partner that inquisitive or curious look every time the two of you hang out. What’s more interesting is that the older partner can be mistaken to be a parent. It’s amusing but disappointing at times.

A 2018 study reported that people are suspicious of couples who have a big age difference because they think the relationship is based more on the benefits the younger person enjoys from the relationship. This assumption usually happens when the older partner has enormous wealth, which people view as “money in exchange for sex”.

Age does matter in relationships, but this doesn’t rule out the fact that some couples with large age gaps are able to weather the storms in their relationships. After all, a strong relationship is one where mutual respect, trust, communication, love, and commitment are present. One does not have to be older or younger to bring these values into the relationship.

How Can You Avoid Obesity?