written by Supplement Rant Staff May 9, 2018 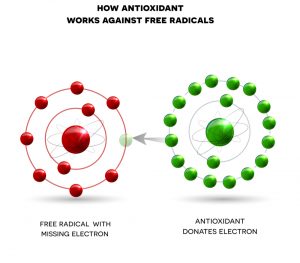 When free radicals pair up with a molecule that it’s not supposed to bond with, it could end up causing damage by modifying the structure of the other molecule and how it’s supposed to work in the body. For example, a free radical can bond with a nucleic acid. Nucleic acids are the ones that make up our DNA. So if one of the nucleic acids in the DNA is modified by a free radical, it can cause cellular abnormalities, and can even lead to the formation of cancer cells.

There are three important enzymes in our body that are considered as the first-line antioxidant defense mechanism. These are superoxide dismutase (SOD), glutathione peroxidase (GPx), and catalase (CAT). The three enzymes are naturally produced by our body which is why they are considered as endogenous antioxidants.

Another reason why they are considered the most important antioxidant defense of our body is that these three enzymes can actually eliminate or neutralize millions of free radicals. The three important enzymes neutralize superoxide radicals, hydroperoxides, and hydrogen peroxides and convert them to molecules like oxygen that don’t cause harm to the body.

Our body’s second line of antioxidant defense system actively searches for these existing free radicals and neutralize them. These antioxidants are known as scavenging antioxidants because of the way they actively seek out their target free radicals. Some of the more popular second-line defense antioxidants include uric acid, glutathione, ascorbic acid, vitamin E in the form of alpha-tocopherol, and ubiquinol. 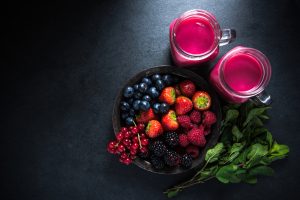 Another function of tertiary antioxidants is to clean up after free radicals have caused damage. These antioxidants work by removing or breaking down oxidized or damaged lipids, proteins, and DNA materials. By doing so, the accumulation of these damaged compounds is prevented, thereby also preventing them from reaching toxic concentrations.

Popular Antioxidants And How They Work

Of the many antioxidants discovered so far, some of the most popular include vitamins A, C, E, and K, carotenoids like lycopene and lutein, and polyphenols like flavonoids. These antioxidants are also referred to as non-enzymatic antioxidants and they function in various ways to protect our body from free radical-induced damage.

When Can Cannabis Help With HIV