4 Things That Cause Erectile Dysfunction In Men Under 40

What’s even sadder about impotence in men under 40 is that it’s usually caused by an organic factor. This means that there’s something physically wrong with a part of their body that contributes to erectile dysfunction. Read on to find out what causes men who are still in their prime to become impotent.

Vascular disorders are the most common causes of impotence in young men. In many cases, erectile dysfunction happens as a result of endothelial dysfunction. The endothelium is important for the proper contraction and relaxation of your blood vessels. And if your endothelium is damaged, it can lead to poor blood circulation.

Trauma to the perineum can also cause damage to the arteries that deliver blood to your genital area. Perineal trauma and even bicycling can cause the penile arteries to become occluded or closed up. When your penile arteries are obstructed, your penis won’t be able to receive sufficient blood in order for it to become tumescent. 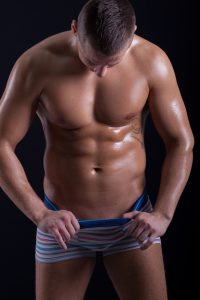 Your nerves, especially the ones that are located in your pelvic region, are very important for your sexual function. When these nerves are damaged, your body’s ability to perceive and respond to sexual stimuli become impaired. For men under 40, neurogenic factors such as multiple sclerosis and epilepsy can cause erectile dysfunction.

In fact, multiple sclerosis raises your risks of developing erectile dysfunction by more than two times, even if you’re not in your 40s yet. In young men with epilepsy, the likelihood that they will become impotent is three times higher than those without epilepsy.

Spinal cord injuries and even surgeries to the lumbar spine can also affect the nerves that play important roles in sexual arousal, erection, and ejaculation.

When your penile tunica albuginea becomes damaged due to an injury or trauma, scarring in your penis can cause your penis to become bent or curved when erect. In severe cases, the extreme curvature of the penis can cause a lot of pain during erection and can make sex very uncomfortable.

In young men, hormonal causes of erectile dysfunction are quite common. For men with Klinefelter’s syndrome, acquired or congenital hypogonadotropic hypogonadism, and cryptorchidism, hormonal imbalances are typical symptoms. Young men with HIV also see a rapid decline in testosterone levels, and this can also cause erectile dysfunction. 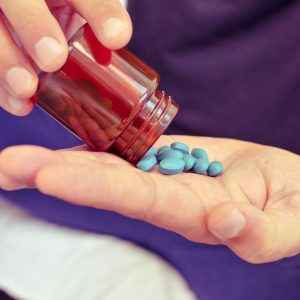 When you have erectile dysfunction, your sexual well-being is naturally negatively affected. And the effects spill over to your overall quality of life and emotional well-being as well. It’s a good thing that you now have various options to help you improve your erectile function.

For instance, you can try a natural male sex enhancement supplement that’s known to be safe and effective. That’s because it contains several herbal ingredients that are scientifically proven to have pro-erectile and pro-sexual effects.

With these ingredients, it can help elevate your testosterone levels and increase your sexual drive. It can also help improve your erectile function, so you can fully enjoy your sexuality.