Twenty-one percent of American supplement users are taking omega-3 and fatty acid supplements. Considering that the human body cannot produce omega-3 fatty acids, it’s understandable that many would look to dietary supplements to meet their dietary requirement for omega-3 and other fatty acids.

In the past, most of the research on omega-3 fatty acids have centered on how this essential nutrient benefits our cardiovascular health. Recent studies, however, have shown that omega-3 may also help people suffering from rheumatoid arthritis. Taking fish oil every morning may help reduce swelling of the joints. Omega-3s have also been shown to be good for eye health and for helping prevent cognitive decline.

There are three main types of omega-3 fatty acids, EPA (eicosapentaenoic acid) and DHA (docosahexaenoic acid) which are usually found in fish oil. And ALA (alpha-linolenic acid) which is found in plant-based foods like canola oil, tofu, walnuts, and flaxseeds. Of the many types of omega-3 and fatty acid supplements, natural fish oil is the most recommended. Aside from containing DHA, EPA, vitamin A, and vitamin D, natural fish oil is absorbed more readily by the human body as compared to processed fish oil. 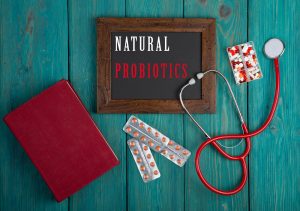 Sixteen percent of American supplement users are taking probiotic supplements. Did you know that the human gut contains trillions of bacteria? Not all of these bacteria are bad, though. There are also good bacteria that help keep our digestive systems healthy. Taking probiotic supplements, which actually contain live bacteria and yeast, boosts the number of good bacteria in the body. This, in turn, leads to better digestive health as well as improved oral health and urinary health.

If it’s normal and regular bowel movements that you’re looking for, then fiber supplements may just be the solution to your problem. However, dietary fiber aren’t just good for keeping your digestive system healthy. Fiber has been known to help people maintain a healthy blood sugar level, lower cholesterol, and even lose weight. These are just some of the reasons why fourteen percent of American supplement users are taking dietary fiber supplements.

Fiber supplements, containing functional fiber, are either in powder, tablet, or capsule form. These supplements may contain various extracted natural fibers such as pectin, cellulose, and psyllium. Of the many different fibers in supplements, only psyllium, so far, has been shown to help reduce bad cholesterol levels.

Plant-based foods, of course, are the natural sources of dietary fiber. Pectin is found in fruits and berries, so you can snack on raspberries and blackberries and easily meet your daily fiber requirement. Having oatmeal for breakfast or adding bran flakes to your breakfast smoothie can also give you a lot of dietary fiber.

Although fiber can be easily added to one’s diet through the consumption of fruits and vegetables, many people still opt for taking fiber supplements. Another reason why people take fiber supplements is to prevent or relieve constipation. However, if this is your main purpose, make sure you drink lots of water as taking too much fiber may lead to dehydration. Many supplement users also take fiber supplements as part of their weight loss plans. 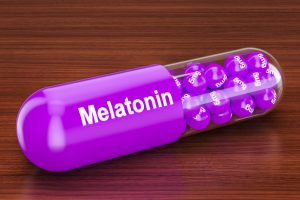 Recent studies, however, have been looking at the effects of melatonin on depression, Alzheimer’s, epilepsy, and even cancer. For the latter, previous studies showed that women with breast cancer had lower levels of melatonin compared to those who don’t. And men with prostate cancer were also lagging behind in terms of melatonin levels.

Just like glucosamine, research results about chondroitin have also been contradictory. There were studies that showed chondroitin supplementation can lead to reduced pain and increased joint mobility. While other studies are saying that chondroitin only had very minimal effect, if there was any, on joint swelling and pain in people with osteoarthritis.

Despite these contradictory results, many American supplement users still continue to buy glucosamine and chondroitin supplements. Before you join the bandwagon, discussing it with your health provider first is always a good idea.

Hangover Cures That Will Save You

Common Causes and Cures of the Beer Belly