written by Supplement Rant Staff May 7, 2018

As we get older, our bodies will inevitably age along with it. However, under certain conditions, the body can begin to age prematurely, developing visual signifiers of a much older age than we may actually be. If you’re a man around or above 25, then retaining your youthful appearance is probably very high on your list of priorities. Lucky for you, this article is here to help you out. There are quite a few recorded symptoms, circumstances, and situations that can cause the body to age prematurely. So for your benefit, here are the most common causes of premature aging in the human body.

If you want proof of attitude and intense stress, compare the photograph of any president at the beginning of their term to one at the end. Four years isn’t terribly long in the grand scheme of things, but 4 years of running one of the most powerful nations on the planet can turn even the most vibrantly colored head of hair grey. Stress and our general attitude have a great impact on the aging of our bodies. Happier, more carefree people are often much younger looking people. Meanwhile perpetual anger, stress, depression, can leave permanent marks on your face such as lines and wrinkles. These wrinkles are a result of muscles memory, since the brain now sees this mood as the default. 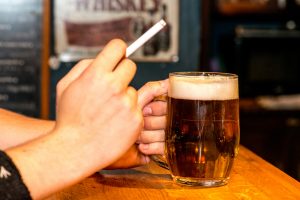 It goes without saying that too much alcohol or any kind of smoking is bad for you. However, beyond the obvious suspects, these substances, especially together, can physically age your body beyond your current age. This is because, among all the other harmful things these substances can do to our bodies, they deplete our bodies of required nutrients. These include water, elastin, collagen, and oxygen. The loss of these necessary nutrients causes lines and wrinkles to form all over the person’s face. With smoking, lines develop along the forehead, around the mouth, and the teeth even start to rot. For drinkers, the alcohol and subsequent damage to the liver and kidneys can cause discoloration all over the body.

When it comes to weight, you never want to be too heavy of course, but you also don’t want to be too thin. Being underweight is just as detrimental to your health as being overweight, and can prematurely age you just as effectively as obesity. Being underweight severely reduces your face’s natural fats. This causes the skin to sag, making it appear as if you’re forming wrinkles. And this is a problem that things like Botox can’t fix, because there just isn’t any more fat in the face structure anymore to life the skin up.

On the other end of the spectrum are overweight people. Overweightedness not only makes us, well, fat, but because of that fatness, we’re less physically active than we otherwise might be. This causes a whole new series of health problems that makes physical activity even harder, resulting in a cycle of health problems that only compound on each other. It’s no surprise that these problems result in you looking significantly older than you may otherwise be.

What you put in your body has a tremendous effect on your body. And keeping with the topic, there are foods that will help you retain your youthful appearance, and foods that will only make you look older. Now, either way, you need to eat a lot of either type of food for either effect to happen, but if you want to retain a youthful appearance, then you should probably cut back on the fats and sugars. You should also cut back on the refined sugar, as those can cause inflammation in the body, which can also speed up the aging process. 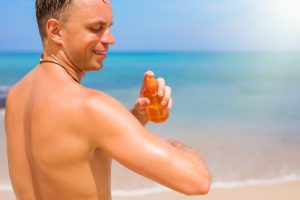 Basking in the sun too much can seriously accelerate the aging process. In fact, one of the leading causes of premature wrinkles in people is damage from the sun’s rays on the skin. The sun dries up the moisture in your face and skin, causing the skin to dry up and sag, making it feel like leather. The ideal sunbathing time is 20 minutes. After that, the vitamin D that’s been helping your skin up to then has been replaced with damaging UV radiation.

Which brings us to the opposite end of the spectrum. Growing up in a cold environment can be just as damaging as spending too long under the sun. Instead of being tougher, your skin will appear thin and wrinkly. Like the sun, the cold has dried up the moisture in the body, but has also been freezing it slowly over the years.

There are a multitude of small, seemingly inconsequential choices we make every single day that have a negative impact on our skin and add up to cause premature aging. For instance, choosing to watch T.V. instead of going for an afternoon jog one too many times can lead to premature aging. The trick to stopping this is to make choices that work with our bodies rather than against them. That’s the best way to slow down the aging process to its more natural speed. There are myriad natural solutions to the aging process that carry none of the potentially harmful side effects of the lotions and creams that claim to do the same thing. So simply making a different small choice every day can help you stay young looking and fresh feeling.

Any one of these may be behind your skin appearing older than it should. And if you’re going through more than one, they’re definitely the cause. But by simply cutting back on unhealthy foods, saying no to that smoke or drink, and just generally taking better care of yourself, your body can stay young looking for years to come. Yes, age will eventually catch up with us all, as is our inevitable fate, but that’s a long way off, so shouldn’t you be allowed to enjoy your prime while you have it?

6 Truths A Special Needs Dad Would Like You To Know