Table of Contents show
1 Everyone needs 8 hours of sleep.
1.1 MYTH.
2 Drinking warm milk before bed will help you fall asleep.
2.1 MYTH.
3 Cheese can cause nightmares.
3.1 MYTH.
4 Napping makes it harder to fall asleep at night.
4.1 MYTH.
5 It’s illegal to cut off mattress tags.
5.1 MYTH.
6 Being sleepy depends on the amount of time you sleep each night.
6.1 MYTH.
7 Only some people dream at night.
7.1 MYTH.

Hearing all kinds of suggestions (cough, cough, myths) can really get you wondering what’s true and what’s false. That’s what I’m here for. Below, I’m going to dive head first into the most common myths, and I’m going to de-myth them for you.

Everyone needs 8 hours of sleep.

If you’re eager to know how many hours of sleep you specifically need on a normal nightly basis, track your sleeping patterns for a few weeks. Generally, this will allow you to figure out how many hours you need to get in to feel rested and focused the next day.

Drinking warm milk before bed will help you fall asleep.

Though it is a popular theory, it has never been scientifically proven to work. The only reason some people 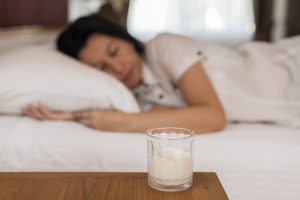 believe in this crazy suggestion is because milk has tryptophan in it. Tryptophan is an amino acid present in the body, and it’s used to produce hormones such as serotonin and melatonin. As most of us know, these hormones are required for us to fall asleep.

Keep in mind that though this may trick our brains into thinking we’ll fall asleep faster, it won’t. The amount of tryptophan present in milk is not nearly enough to get us drowsy.

Cheese can cause nightmares.

Whoever came up with this is sick. I love cheese. Don’t false advertise to me that cheese can cause nightmares.

Anyways, many people seem to think that cheese can increase our likelihood of having a nightmare. There is no scientific evidence to prove this, though.

Science does prove that eating cheese before bedtime can cause gas, bloating, or cramps… if you’re lactose intolerant.

Napping makes it harder to fall asleep at night.

In general, napping does not ruin bedtime. However, the length of your nap may make it harder to fall asleep at night. For instance, a quick half hour nap in the middle of the day will rejuvenate you and make you more alert. An hour or longer nap may do the opposite, in turn altering your sleeping patterns throughout the night.

Just make sure you plan your nap times, and lengths, accordingly.

Keep in mind that taking an afternoon nap is natural, mainly because our bodies are programmed to get a little sleepy in the middle of the day. Half hour naps, or less, will ensure that our bodies don’t go into REM sleep. Remember, entering REM sleep will do the opposite of rejuvenate you; it’ll make you more tired.

Did you know that over a hundred million people in America think it’s illegal to cut off mattress tags? I didn’t even know this was an idea, never mind a myth.

The statement is false. You don’t have to worry about spending any time in jail if you cut off your mattress tag. The truth behind the matter is that these tags were created to warn store owners.

It’s not illegal. Rip that thing off.

Being sleepy depends on the amount of time you sleep each night. 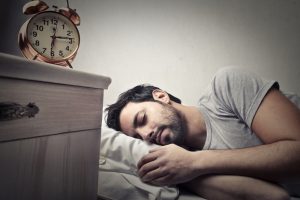 In other words, you won’t be sleepy tonight if you had enough sleep last night. In turn, if you are sleepy, that does not mean that you don’t get enough sleep. That’s what this myth is trying to say. Isn’t that bizarre?

The truth is, even if you’ve had 8 or 9 hours of sleep the night before, you’re still apt to getting sleepy early on the next night. Specifically speaking, those of you out there with sleep apnea will suffer from this truth more so than others. In fact, those of you with sleep apnea could get a full 8 hours of sleep each night and still feel tired at 8 p.m. the next night; that’s just how it goes.

Fact: Having sleep apnea makes it difficult to get into a deep REM sleep. Because of this, people out there with the condition will get sleepy very early on in the day, sometimes even as early as noon.

Only some people dream at night.

Every single person on this planet dreams when they sleep. Every single night. Yet even though the scientifically proven facts are out there for everyone to know and read, most Americans still seem to believe that they don’t dream every night.

The truth behind the matter is that every single person dreams approximately 4 to 6 times per night. All dreaming occurs when the person enters the stage of sleep known as REM sleep.

Fact: People who don’t think they dream every night simply don’t remember the dreams that they’ve had. Medical professionals are still unable to figure out why some people remember their dreams and yet others do not.

4 Things That Cause Erectile Dysfunction In Men Under 40