Table of Contents show
1 So how exactly does the bark work?
2 What some of the side effects of taking Yohimbe?
2.1 Insomnia and addiction
2.2 Cardiovascular risks
2.3 Nervous System Risks
2.4 Gastrointestinal side effects
2.5 Psychiatric side effects
2.6 Dermatological side effects
3 How to safely take Yohimbe:

Yohimbe is a small evergreen tree found in the jungles of the Congo in Africa. It is the tree’s bark that holds all of the medicinal power though. The bark has been used for ages in Africa as an herbal remedy. South Africans have used it to treat heart conditions and erectile dysfunction and more. Now it is sold by prescription only in the United States, which is rare for the Food and Drug Administration to take such interest in an herbal supplement. As Viagra came onto the scene the herb experienced a decrease in popularity. Even still, the yohimbe tree population in Africa is dangerously over-harvested to keep up with US demand for the bark.

So why is yohimbe in such great demand? Well, as most Americans understand… sex sells. The most common use for Yohimbe bark is to treat erectile dysfunction. It works as a natural aphrodisiac, notorious for increasing sex drive for both men and women. The bark also works as a stimulate to give that extra boost of energy to put couples in the mood while simultaneously creating prime conditions for a rock hard erection.

While Yohimbe has been in the spotlight for some controversial debates among industry experts and body builders, it has had recent proven success. It was initially used as treatment to increase testosterone levels and had somewhat of a following that it could support sexual health by boosting low-T. However, it was soon discovered that this claim was false. Yohimbe is now understood to raise the libido through stimulation and increase blood flow to the genitalia for better erections.

The Benefits of Yohimbe:

So how exactly does the bark work? 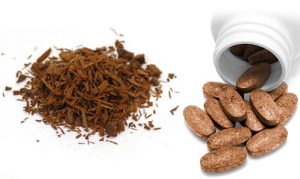 The active component of Yohimbe is an alkaloid MAO inhibitor. The inhibitor prevents adrenergic receptors from doing their job. This blocked nerve activity, which otherwise would constrict the blood vessels is cut off by the alkaloid MAO inhibitor, creating more blood flow to the genitalia. Vessels can now dilate and fill with freshly oxygenated blood that carries nutrients for optimal performance. With all these effects amalgamating during the sexual experience Yohimbe offers men a more pleasurable sexual experience.

But don’t get it twisted, Yohimbe is just not for males only, females can enjoy the benefits of the bark also. First of all, if their man’s erection is enhanced that is one latent benefit they can enjoy without even having to supplement with Yohimbe themselves. Women can benefit from increased blood flow to the vagina and with it increased sex drive. Yohimbe can help with weight loss in specific areas like the glutes and thighs where women tend to hold unwanted pounds. Yohimbe can also work as a general stimulant giving a feeling of wakefulness that can be appreciated at the office and after hours in the bedroom. The Yohimbine works through heightening adrenaline levels while inhibiting regulatory processes in fat cells that can cause both men and women to put on weight.

What some of the side effects of taking Yohimbe?

It might seem that all that glitters is gold, but like with any new supplement prescribed or herbal it should be taken with caution and users should be made aware of the possible negative side effects they might experience along side the great benefits.

The bark while a powerful stimulant can also become addictive and cause insomnia and anxiety in users. It should be taken with caution to make sure there is not a dependency developed and that users are maintaining adequate sleeping schedules so their bodies can repair at night.

Side effects like increased blood pressure and raised heart rate can be dangerous, especially for those with preexisting conditions. Yohimbe should not be combined with high blood pressure medicines for this exact reason. It can be especially dangerous if taken in large doses over a longer period of time.

Since Yohimbe is a stimulant, it can cause tremors and dizziness from interfering with the nervous system.

Yohimbe is not necessarily easy on the stomach. Side effects like nausea and vomiting have been commonly reported with the administration of Yohimbe.

The supplement should definitely not be mixed with any kind of anti-depressant. The bark can increase irritability and generalized anxiety. If you suffer from depression or an anxiety order talk to your psychiatrist and physician before starting to take Yohimbe to discuss the risks.

When taking Yohimbe users can experience having flushed red skin after taking the herb orally.

How to safely take Yohimbe: 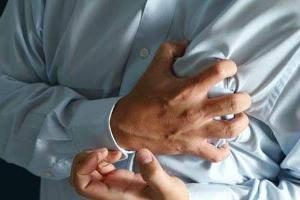 The suggested safe intake for Yohimbe is hard to regulate. The trouble with this magical bark is that each tree will have different potency based on a number of different factors including but not limited to: cultivation, exportation, and extraction. Prescription Yohimbe is very strictly regulated by the FDA and is given in doses of 5.4 to 10 milligrams. Over the counter supplements have been found to only contain less than 7% of the actually potency available from the bark, these extractions sometimes have barely any Yohimbe. Through research, testing, and regulation a safe dose has been approved and is proven to treat erectile dysfunction and impotence in men.

Check with your doctor before taking over the counter Yohimbe and check the quality and potency before wasting money on extracts that barely contain any of the active compounds. Talk with your doctor about getting an FDA approved prescription for Yohimbe for improved erections and potency.