Many of us spent all of last fall, winter and spring in the gym in order to get that summer body we’ve all been working towards. With all of the days drinking at the beach, the barbeques, pool parties and other things we’ve got going on during the summer, many of us put our fitness on the backburner.

Putting off going to the gym for a day or two isn’t a big deal in the short term, but doing it routinely really can add up like it tends to do in the summer. At some point you are going to start losing muscle tissue and are at the same time putting on more weight from all those extra calories you’ve been eating.

It takes a much shorter amount of time than you probably realize to see significant changes in your body if you aren’t consistently working at it, and can really do damage to your gains.

If you are one of those people who has looked in the mirror recently and don’t like what you see, no worries as you can change that by following these easy steps. 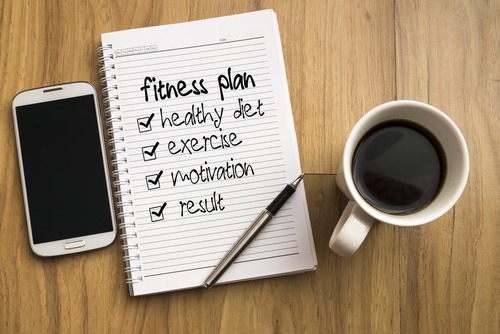 Everyone goes to the gym with the idea of reaching a certain goal by a certain point in time, many of us planning on reaching that goal by the time summer starts. Once that time rolls around however and that goal has been reached, many of us tend to slow down. We go to the gym less frequently, eat worse foods and generally don’t take care of ourselves as well when we don’t have specific goals.

The first thing you want to do before you get back in your routine is to do just that-spend some time really thinking about what goals you want to reach as far as your fitness is concerned for the long term. Ask yourself where you want to be in a year, and then breakdown your routine in smaller increments to achieve that goal.

For example if your goal is to lose 50lbs for the year, it can seem pretty daunting. Break it down month by month to where you should be losing about 4 pounds a month-which seems like a much more reasonable and achievable amount. 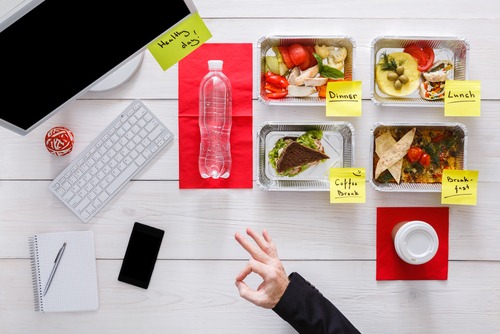 Another major issue people have when they come back to the gym is tailoring their diet back to fit their needs. Many of us eat an excessive amount of calories, much more than we think that we actually need. You should find a tool called a TDEE calculator which can be done so for free online.

This tool will help you determine how many calories you need each day based on your height, weight and of course activity level. Activity level is the variable that is going to change the most here, and is one that people really underestimate.

If you are someone who knows they can’t exercise everyday due to whatever reasons, this is a tool that you absolutely need. It will give you a ballpark estimate to how much you need to eat whether you are working all day, hitting the gym for an hour, or going on a trail hike on the weekend.

The first thing you need to do is to accept the fact that some days are going to be worse than others, and you just have to suck it up and stick with it. Too many times we fall in to the trap of not having enough energy, not feeling too good or whatever other reasons why we don’t want to go to the gym.

We justify it to ourselves by saying we won’t be able to perform as well or put up as much weight as we could if we were feeling 100%, which does have a sliver of truth to it. With that being said, some progression is always better than none and you have to get there to do so.

Don’t be skipping out on your workouts unless there is a serious reason not to. Eventually the excuses will add up to the point where any reason is enough justification not to work out, and you stop going altogether.

Make sure to exercise and to stick your diet on a consistent basis. It is easier said than done, but is absolutely essential to reaching your goals.

Is Testoril Safe and Effective?