Table of Contents show
1 HOW DOES A FOG MESH WORK?
2 THE SOLUTION
3 HOPE FOR FOG HARPS’ FUTURE
4 ADVANCEMENTS ON THE FOG HARP
5 THE GREATEST POSSIBILITY OF THESE HIGH-TECH FOG HARVESTERS?

Our planet may be made of 70% water and 30% land, but most of that liquid goodness isn’t drinkable by humans as it is seawater. With temperatures and earth’s population increasing at very large rates, droughts are becoming more common. California is struggling to conserve water and live within a drought, while Cape Town in South Africa is making every effort to delay Day Zero. On this day, Cape Town will run out of water. With 7.6 billion people on Earth, we are in a global water crisis. This has prompted scientists to come up with a new plan: to harvest water.

In other parts of the world, especially where people live on the coasts, they are harvesting the fog and collecting the water that rolls in with these thick plumes known for obstructing vision. You see, fog is very low-lying clouds and contains a wealth of clean water. These fog-harvesters use mesh to harvest the water, but this is more scientific than it would seem. It’s not like a fly trap or a spaghetti strainer, the holes in a fog harvester must be of the perfect size.

HOW DOES A FOG MESH WORK?

Before scientists stepped in, these coastal harvesters used mesh nets that were one meter squared and placed at 90 degrees to the direction of the wind. When the wind blew, the fog would go through the net and its droplets of water would drip into the containers attached to the net. Per square meter, this mesh would yield three liters of clean water, every day. 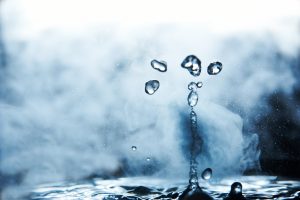 Fog meshes and harvesting in general takes a tiny amount of effort. They are pretty easy to make, set up, and don’t need much supervision. Kind of like a baby before it leaves the womb. But, here is a problem, the size of the holes. If these sizes aren’t just right, the fog meshes won’t be efficient. Jonathan Boreyko says that if the holes are too large the droplets will leave with the fog and if too small they will clog the mesh in seconds and collection will be very difficult. As he’s an engineer at Virginia Polytechnic Institute and State University, he knows what he’s talking about.

Boreyko contacted Brook Kennedy, an industrial designer at Virginia Tech to create harvesters called “fog harps” that could efficiently collect water. Kennedy, a designer through and through, had spent time In northern California and watched the collection process of the giant redwoods, which collected a third of their water from the fog that rolls off the Pacific ocean. Kennedy told Boreyko of these giant redwoods design.

Instead of using a net similar to a volleyball net or screen door, the giant redwood’s had linear nets. As this worked for the giant redwoods, Kennedy and Boreyko created fog harps that only have vertical lines that are closely spaced. This solution is simple, but not obvious until the problem is solved. When taking away the horizontal line this reduced any chance of the harp clogging and allowed the water to easily drip down into containers. With this new design, the fog harps collect nine liters of water instead of three liters per square meter.

With the clogging and efficiency solved, the team has set out to create fog harps cheaply and in mass amounts. According to the World Health Organization, by 2025, half of the Earth will not be able to easily access water, so getting fog harps placed now will help avert the potential notional threat of increasing population and decreasing water resources. Boreyko and Kennedy have gotten positive responses from citizens of Bangladesh, vineyard owners in Mexico, and interested investment companies in South Africa, as Day Zero is approaching. With fog harps, Cape Town will not reach the day when they have no water. For those in South Africa, water is a life or death issue.

ADVANCEMENTS ON THE FOG HARP

The fog harp is an amazing low-tech improvement on the original fog harvester design, but with its need now being known, a team at the Massachusetts Institute of Technology (MIT) has designed and created a fix that involves higher-tech and produces more water. 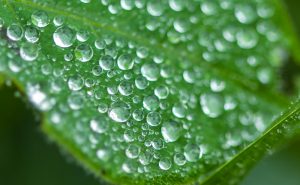 This team published their paper in the journal Science Advances, documenting the improvements they have made to the design. Using the knowledge that air goes around obstacles, the team knew that much water was being lost because of the air’s evasive maneuvers. MIT engineer Maher Damak found that the harvester could be more efficient if the electrical field surrounding the fog could be altered. So, the team set out to fix this. After putting the mesh fog harp up they placed a structure a few inches away that had electrodes attached to it. This would cause the droplets to become electrically charged and attach to the wires like magnets. The vertical structure near the mesh will need power, but only a small amount of energy, according to Damak. This fix will yield a near 100 percent efficiency by making the water droplets magnetic.

After creating this design, Damak was inspired. He then created a startup called Infinite Cooling with a fellow engineer named Karim Khalil. This water-harvesting startup will target equipment toward power plants, which are one of the leaders in water consumption in America. This water is used to keep the plant cool and is boiled in cooling towers in order to make huge clouds of fog that are called cooling plumes. Damak and Khalil plan to place fog harvesters near these cooling plumes to recycle the water, rather than use more. This will greatly reduce the consumption of water by plants so it can be used elsewhere.

THE GREATEST POSSIBILITY OF THESE HIGH-TECH FOG HARVESTERS?

It’s possible, says Damak, that these fog harvesters could eventually be used to strip salt from seawater, making this inaccessible 70% of the planet drinkable.

Water can be found. We just have to create the means to harvest it. These brilliant people have done just that.

Benefits of Dog Ownership for Men