How Long Does it Take to Refill Your Sperm?

Table of Contents show
1 What is spermatogenesis?
1.1 How does the spermatogenesis cycle go?
1.2 If I refill my sperm every day and end my cycle every 64 days, when is the best time to conceive a child?
1.3 What else can I do to increase my sperm count?

That’s a pretty odd question to ask, isn’t it?

Let me tell you, it’s not that weird of a question to ask. Believe it or not, many men wonder what the answer to that question is.

Though many men wonder what the answer to the question is, many men don’t understand how complicated the answer is. Wow, could I rephrase that sentence one more time?

Okay, enough of the pointless small talk. Let’s get into the details.

Men produce sperm every single day. Literally, not a day goes by where a man does not produce sperm. However, it does take a man 64 days to go through a full sperm regeneration cycle. This process is also known as spermatogenesis. 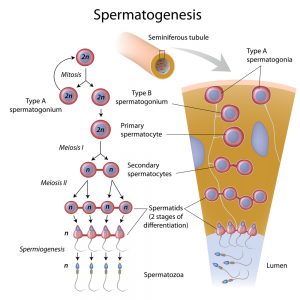 I understand this sounds like a lot, but it’s not. It’s not a lot because every single drop of semen has anywhere from 20 sperm cells to 300 million sperm cells, and that’s just a drop!

What’s the reason your body makes so many of these cells? To ensure there’s always a fresh supply of sperm ready for conception.

How does the spermatogenesis cycle go?

If I refill my sperm every day and end my cycle every 64 days, when is the best time to conceive a child?

I find this to be a common question asked amongst men: When is the best time to conceive a child? And it’s a valid question, especially considering the fact that you now know you produce sperm every single day. You’re probably wondering why every day isn’t a good day to conceive a child, and you have every right to wonder that. However, I’ll set you straight right now.

Conceiving a baby is much easier when you haven’t ejaculated in a while. 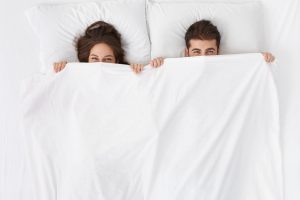 Think about it this way: When you ejaculate, your sperm regeneration cycle generates new sperm. If you ejaculate often, your epididymis will be filled with fresh, new sperm all the time. On the other hand, if you wait a while and allow the sperm to build up, you’ll have a ton of little sperm cells waiting to be released. As time goes on, sperm cells build up in the epididymis and await their turn to search for the egg they’re trying to fertilize.

What else can I do to increase my sperm count?

I understand that some of you guys may get impatient, especially if you love having sex. So, because of this, I have thought up of an alternative solution for you.

If you don’t want to wait it out all the time but you do want to increase your odds of conception, take a natural male enhancement supplement. This natural supplement increases sperm count, but it also helps in other departments, too. For example, if you’ve been lacking in performance, or you’ve been feeling a little tired during sex, take a supplement, and it’ll help you out! Try it out, you won’t be disappointed.

4 Lifestyle Factors That Make You Infertile