Marriage On The Rocks? Try These Sex Tips

Here are seven common sex issues in marriages and ways that you can fix them.

#1 You’re No Longer Having Sex

You may have sex in your marriage, but if it’s less than 10 times a year, you’re considered to be in a sexless marriage. Some marriages choose to be sexless, but for many others, the lack of physical connection can be a great divider between the two people.

One mistake couples make is to avoid this issue, all together. They think they can’t fix this problem or if they do try, they may find it difficult to figure out how to broach the subject. Their feelings of isolation and lack of communication enhance their belief that a sexless marriage is permanent.

Arguing and blaming won’t solve this issue. You and your wife must open the lines of communication and discuss why the marriage has become sexless and what your needs and wants are.

#2 A Lack Of Feeling Desired

If you find that sex in your marriage has stagnated, you may need to investigate if your wife is not feeling sexually desired. For many women, the belief that they are wanted is a big source of arousal for them. Without touching or talking or anything, the notion that you want them sexually increases their arousal.

To remedy the issue of desirability, you’ll want to explore some of the ways more intimacy can increase sexual frequency and performance. For your wife, discuss with her the number of orgasms she’s getting and if there are enough to make her want to have sex more.

#3 Building Trust After An Affair 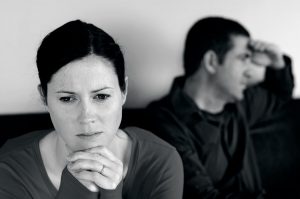 If you have had an affair during the marriage, this can severely fracture the trust of your relationship. And lead to great distance during sex.

To help with this problem, you’ll want to discuss all of the reasons the affair may have happened and what may have been missing in the marriage.
Remember that, if you continue the affair, then the emotional and sexual bond between you and your wife could be broken forever.

If you, or your wife, has let yourselves go over the years or stressors such as work or having a family, have got in the way of the physical attraction between you two, this can be a big reason for an impaired sex life.

Often associated with couples that have been together for many years, a decrease in sexual attraction can really damage the overall relationship.

To fix this issue, you will want to try and discuss the reasons why the physical attraction is lower than it used to be. Perhaps, you can go on an exercise regime together or schedule sexual sessions with your wife to rediscover the attraction you initially had.

If you find that this doesn’t revolve resolve itself, you may want to speak with a sex therapist about your issues and tailor ways to fix this problem.

#5 Difficulty With Sexual Functioning Is Blamed For All Sexual Issues 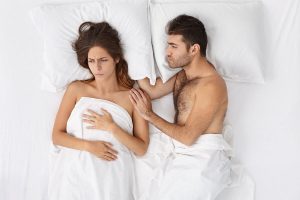 Problems with sexual functioning such as impotence, for men, or pain during intercourse, for women, can occur in marriages.

Many couples view these issues as insurmountable problems and use them as the primary reason sex is not happening, but there are many emotional reasons that are also part of physical performance issues in the bedroom. After, or concurrent, with a doctor’s appointment to address the physical issues, it’s very important to see a sex therapist or someone else you trust about the emotional issues.

Often, there is a disconnect between the couple that may involve feeling like a lack of desirability or that the other person is to blame for all the problems. These emotional issues can be caused by many things. To get your marriage and sex back the right track you’ll want to explore these emotional issues.

We all have internal fantasies of what kind of sex we would like or what things turn us on. If your partner trusts you enough to tell you these fantasies, make sure you take it seriously. Don’t dismiss it out of hand.
In your marriage, you’ll want to keep sexual interests in the forefront. Try to keep things very open and negotiable.

Transforming sexual fantasies into a reality can be very beneficial for your marriage. When both of you are relaxed, each of you should share three of your fantasies.  Some of them may be extreme, or odd, and you may be much against it, but choose one that’s reasonable for both of you and make it a reality.

Your internal fantasy world should be shared with your partner without the fear of ridicule or outright rejection.

#7 The Need For Sex Doesn’t Match

Differences in the amount of sex needed can be a big issue in a marriage. Oftentimes, if your wife desires sex less, she may control how often sex is had. This may lead you to feel like your needs aren’t being met. This may produce feelings such as resentment and frustration.

This mismatch of desires may lead to affairs or divorce. You’ll want to discuss the reasons why she may want sex less and how it makes you feel.

If the reason is physical, there are many ways to address this issue and if it’s emotional the first option is to communicate. Through open communication, you can figure out a solution.

A sexless marriage can be caused by many things and is often treatable. Compromising on the amount of frequency that will satisfy both of you is a great start to help with this mismatch.

Is Testoril Safe and Effective?

Is That a Banana in Your Pocket? Foods That Increase Your Sex Drive and How