These 5 Brain Diseases Affect More People Than You Think

Even though many features of the brain still remains a mystery to even some of the most competent scientists in the world, a significant amount of findings have been made that allows medical experts to identify problems that could affect the brain, determine risk factors that contribute to these problems, and also determine how the brain is affected by particular diseases. Thanks to all the recent advancements in the pharmaceutical industry, combined with the findings on the brain that has been made to date, it is now possible to successfully treat many conditions that affect the brain – and those that still remains incurable can often be controlled with the utilization of specific treatment options.

Most medical experts can agree that the brain plays the most significant role in the human body. LiveScience explains that the brain acts as a command center for the entire body’s nervous system and regulates all the different parts of the body. Thus, without a proper functioning brain, the body would not be able to function. Unfortunately, the brain is at risk of being affected by a large number of diseases – some more common than others – which can all reduce its functionality and, left untreated, even lead to fatal consequences in some cases. In this article, we will share the top 5 brain diseases that people should know about – even when not directly affected by any one of these diseases, it still remains important to know about them, the damage they cause and the symptoms that signal the possibility of them. Mental and brain health should be a primary concern amongst every single person due to the importance of the brain. 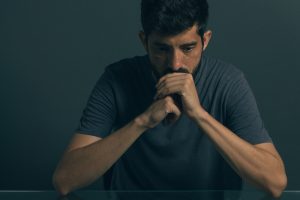 Depression and anxiety are some of the most commonly diagnosed mental disorders. While these conditions are classified as mental disorders, it is important to know that they do cause physiological problems inside the brain, such as chemical imbalances. Anxiety disorders affect over 40M people in the USA which are older than the age of 18, but, according to the latest statistics, it only seems like 36.9% of those officially diagnosed with an anxiety disorder are obtaining effective treatment to help them reduce their symptoms and treat the disease. Anxiety is the most common symptom experience with these diseases. Constantly feeling hopeless and sad, as well as having thoughts of suicide and self-harm are also symptoms of depression.

Parkinson’s disease affects the central nervous system and affects a person’s movement. This is a progressive disease that becomes worse over time – in some people faster than in others. Parkinson’s disease does not only affect movement such as walking or moving an arm, but also other smaller movements, such as facial expressions. The Parkinson’s Disease Foundation in the United States reports that approximately one million adults in America suffer from Parkinson’s disease. They continue to explain that this figure is bigger than the combined prevalence of Lou Gehrig’s disease, Muscular Dystrophy, and Multiple Sclerosis. With Parkinson’s disease, one of the earliest symptoms is the development of tremors. Muscular stiffness may also be experienced. Many patients also find that they have restless nights and feel tired during the day.

Alzheimer’s disease is the most common disease to cause dementia as a symptom. In fact, as much as 80% of cases where dementia is experience is caused by Alzheimer’s disease. The Alzheimer’s Association explains that this condition is often thought to be related to age, due to the fact that the prevalence is significantly higher amongst senior citizens, but this is not true. They continue to report that as much as 200,000 adults younger than 65 in the United States are also suffering from Alzheimer’s disease. The most common symptom related to Alzheimer’s disease is memory loss that tends to get worse gradually. Problem-solving skills may also be affected, and a person may become confused frequently. Poor judgment and withdrawal from social activities are also symptoms of this particular disorder.

Vasculitis is a term used to describe a series of diseases that causes blood vessel walls to become inflamed. The disease can be dangerous in some cases; thus, early diagnoses and treatment are highly recommended. The condition can affect different parts of the body, including the brain. When the brain is affected, the condition is called CNS Vasculitis, or Central Nervous System Vasculitis. According to the Vasculitis Foundation, this disease can be accompanied by autoimmune diseases, and it can affect multiple parts of the body. When the brain or spinal cord are the only affected parts, it is often called PACNS, or primary angiitis of the central nervous system. CNS Vasculitis may cause symptoms like a severe headache that does not seem to go away, confusion, weakness, and abnormal sensations. In some cases, seizures or a stroke may also be experienced as a symptom. 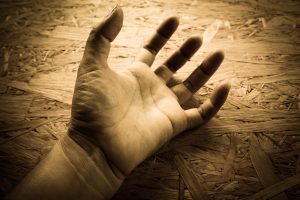 Finally, we should also mention epilepsy as this condition can be very unpleasant to the person suffering from the disease, and it is also much more common than one would think. The condition is caused by nerve cells that malfunctions within the brain, which then leads to seizures, which is also sometimes called an epilepsy episode. According to Healthline, as much as 150,000 new cases of epilepsy are diagnosed in the United States every year. As explained, the most common symptom of this disease would be the development of seizures.

Now that we have shared a list of the top 5 brain diseases let’s look at some common questions that people often ask in relation to diseases that affect the brain.

How are drug addiction and brain diseases related?

Quite a common question amongst the general population is how drug addiction is related to brain diseases. Drug addiction can be harmful to a person – not only due to the physical effects that some drugs may have on the body, but also because many drugs cause a chemical change to occur within the brain. According to Harvard Health, addiction is often looked upon as a disease – this is because changes in the prefrontal cortex occur when a person becomes addicted to something, such as alcohol or drugs. This, in turn, makes it difficult for that particular person to give up the habit they have become addicted to.

Which brain diseases and disorders are very rare?

Some brain diseases are much more common than others. The rarer brain diseases are often more harmful than those that are more commonly diagnosed, and usually only affects a very small percentage of the human population. According to Better Health Facts, some of the rarest, but also very harmful brain diseases include Anosognia, Palinopsia, Verbal Dysdecorum, Amelodia, Jargonaphasia, and Dysmimia.

With the importance of the brain in mind, people should become more educated about different types of brain diseases and mental disorders. Knowing what symptoms to be concerned about and when to seek medical advice may help to obtain an early diagnosis on potentially harmful brain disease, and the sooner such a disease is identified and treated, the better a chance a person has to make a recovery without suffering permanent brain damage. In our list of top 5 brain diseases, we discussed some of the more common brain disorders and medical conditions that affect the brain – if you are suffering from the symptoms mentioned here, be sure to take it up with your healthcare provider to rule out the possibility of the particular disease associated with the symptoms being experienced.