Too Much Sex Is Bad: Here are the 5 Strange Side Effects of Having Too Much Sex

Table of Contents show
1 Too much of anything is bad, even sex
2 Why is too much sex bad for us?
2.1 Sex can put you to sleep
2.2 Sore penis
2.3 Difficulty with erection
2.4 Urinary tract infection
2.5 Vagina releasing an air
3 Conclusion

Too much of anything is bad, even sex

Every person wants to have sex. It’s too much fun, and there are many health benefits to having sex. Some of the health benefits of having sex are improved immunity, improvement in sleep, better heart health, and more. According to the statistics, the majority of married American women are dissatisfied with their sex life. The study also shows that the current generation of Americans is having less sex than the previous generations.

Why is too much sex bad for us? 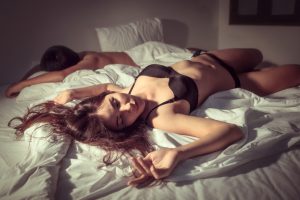 You will feel wonderful after sexual intercourse, but it’s also a fact that you will go to sleep after having sex. There are many theories to explain this result. There was research done in the Netherlands to find out the exact reason behind it. The researchers checked out the brain’s activity of men after an orgasm. According to the researchers, there was an extreme blood flow (around 70%) shifted on the left part of the man’s brain after an orgasm.

Because of lesser blood flow in the other parts of the body, it’s not possible for the neurons to be activated. Hence, it results in sleep. Furthermore, a significant number of endorphins is released after ejaculation. It relaxes the brain and makes you pleasantly tired. Thus, it leads to sleep.

It’s never a good feeling to have a pain in your penis because it’s your reproductive organ. Some pain lasts for a couple of seconds/minutes, and it is quite normal. It disappears very quickly, and there is nothing to be concerned about. However, there’s a chance of muscle contraction if you try to ejaculate forcefully. It can lead to some pain. If there is a pain because of you trying to ejaculate forcefully, you may need to be concerned about it.

There is a chance that this type of pain may last for a few days. The pain may be the result of an infection in various parts like the testicles, prostate, urethra, or epididymis. Furthermore, the pain could also be the result of sexually transmitted diseases. You should contact a doctor without wasting any time if you’re feeling the pain for a longer period of time.

Men find it very difficult to have a solid erection after having too much sex. This is called a refractory period. The nerves take some time to regenerate after an ejaculation. It’s not possible for men to reach a climax during this period. The reason for the difficulty in erection is not because of erectile dysfunction. It’s a side effect of having too much sex. The reason behind the difficulty in erection could be because of the redistribution of blood flow during an orgasm.

The time required for your penis to ejaculate depends upon your age. It takes comparatively lesser time for the young people in comparison to the older men. 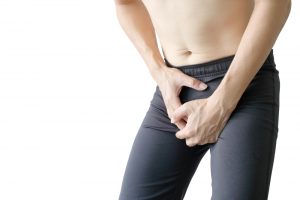 This type of infection is seen as very common among women in comparison to men. According to the statistics, around 20% of the women are diagnosed with the urinary tract infection in their lifetime. This infection is usually seen among women after sexual intercourse, as the bacteria and bugs can easily enter the bladder through their urethra.

There is a chance that a woman can release air from her vagina in the middle of the sex. It sounds like a fart, and it’s also called varting. It’s a result of an air (which was trapped) pushed out of the vagina. You don’t need to worry about it, as this is a common side effect of having too much sex.

It’s not commonly discussed among the people, but it’s very common among women. This side effect can be prevented by choosing a comfortable position, making sure that the penis does not totally come out of the vagina with every single thrust.

You must have understood by now that you should not have too much sex just because you are crazy about sex. It’s important to have sex regularly, but not just too much. Talk to your partner every now and then to understand their current mood. An optimum frequency of sex is the key to having a wonderful sex life. According to the study, a wonderful sex life can lead to better productivity in your workplace.

11 Weight Loss Tips that are Helpful for the Environment