Nearly everyone wants to lose weight or keep it off, and shady salesmen are well aware of it. It’s hard to find a sphere that’s more replete with false information, with false weight loss gurus lying about quick fixes, multinational corporations lying about the extent of the damage their products do, and fat people lying to themselves to make themselves feel better. With so much misinformation, nobody could be blamed for believing a myth or two, and some of them sound very believable. At the end of the day, though, the most powerful tools you have are curiosity and skepticism. Don’t simply accept the things someone tells you as fact, especially if they can benefit from you believing them. Do your own research, and determine the truth yourself. Here are some of the biggest weight loss myths debunked, though, of course, you are encouraged to dig a bit more to make sure that I’m not mistaken myself. Trust but verify.

One myth that’s commonly spread around the internet lately is that weight loss is a basic equation: calories in – calories out = weight change. The truth is nowhere near that simple. There is a lot of value to counting your calories in order to manage your diet, but there are a few things wrong with the formula. For one, it treats all calories the same, and they aren’t. Calories from vegetables are completely different than calories from meat or from ice cream. Furthermore, there are other factors involved as well, such as your metabolism, and every person’s is different.

You’ll find carbs in a ton of different foods you eat. Carbs are in potatoes and white bread, sure, but they’re also in oats and whole grains, in fruits, in vegetables. Carbs are all over the place. You don’t need to get rid of carbs entirely, you just need to be eating the right ones. Stick to whole grain and produce, and kick refined carbs to the curb. 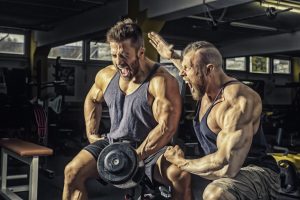 Some guys will tell you that you have to go balls to the wall in order to lose any weight. That’s not only untrue, it’s probably counterproductive. If you don’t work out often and start an extreme routine, then it’s likely you might injure yourself, and even if you don’t extreme workouts often leave you drained and starving, and set you up to binge eat afterwards.

Fat doesn’t make you fat. It might sound weird, but high-fat diets are statistically more successful than low-fat diets. Fats help you digest food and don’t contribute that much to your waistline. And avoid like the plague anything that says “low-fat”; not only is it missing the fat it should have, it’s also probably loaded up with sugar to compensate for the taste, and sugar is much worse for you, although,

Also isn’t true. There are multiple types of sugars (sensing a pattern here?) and some of them are better for you than others. In general, try to stick to sugars that come from more natural places like fruits and vegetables, and avoid refined sugars like the ones in soda.

You Have to Eliminate Favorite Foods

Speaking of sugary foods, don’t think that anything I’ve said means you need to remove that thing entirely. I am an absolute root beer fanatic, I love the stuff, especially high quality craft root beer. Cutting out soda doesn’t mean that I don’t drink root beer, it means I don’t have it regularly. I’ll still buy a bottle of Virgil’s Bavarian Nutmeg whenever I see it (four times in my life so far) or get a good root beer on tap if I’m lucky enough to find one, and it tastes all the better because I don’t drink it every day.

Gluten-Free Will Help You Lose Weight

The gluten free crazy is pretty hilarious, since it doesn’t confer any medical benefit. It certainly doesn’t make you lose weight. If you have celiac disease, you need to avoid gluten, non-negotiable. If not, then there’s no point.

Exercise Alone Can Carry You

I know us guys don’t like thinking of dieting that much. Women can spend their time dieting, we can just go to the gym and get swole, right? Nope. Exercise alone will not make you lose weight; only through a concerted effort combining your meals and your activity will you be able to lose weight.

You Can’t Ever Cheat 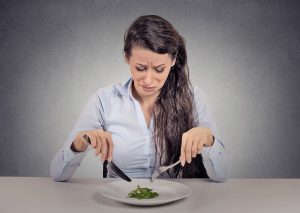 Cheat days are what make diets last. You aren’t a monk, and trying to do a monk impression is the best way to crash hard. Give yourself an out once a week to make sure that you stay honest on the rest of the days, and you won’t do any damage. It’s not like all progress is lost the second you cheat; cumulative processes don’t work like that.

Taste is a relative thing, and it’s relative to your experience. If you grow up in a house eating Vietnamese food, you’ll probably like Vietnamese; similarly, if you grew up eating preprocessed crap, you probably like preprocessed crap. Shift what you eat regularly to healthier options., and even if you don’t like it at first, you’ll be shocked how quickly you end up acquiring a taste and actually craving it.

Losing Weight is About Deprivation

Some people will tell you that dieting means going hungry. It seems intuitive enough, but it’s not true at all. You’ll never be able to function going around hungry all the time. Instead of eating less, just eat the right stuff. Reach for some baby carrots instead of potato chips when you get snackish.

You have to trust the label, right? It’s got the list of ingredients and daily recommended values and everything. Well, turns out, those labels aren’t as rigorously controlled as you thought, and they are known to be off by as much as 20% much of the time.

Next Generation Tech For Your Health

Injuries: Avoid Them With These 5 Tips

Can acupuncture help you lose weight?

Achieving a Caloric Deficit: The Basic Element of...

Tips to Lose Weight without Exercise

Weight Loss: The Fertility Diet Was Created to...

The Best Way to Train Your Brain for...

What You Should Know About the Vegetarian Way...

Why You Are Failing At Keto Diet for...

5 Natural Reasons Why You Should Double Your...