What You Need Is Not a Fight, But a Change

Table of Contents show
1 The motivation behind an act of kindness seems impure.
2 Passive Aggression
3 Frequent Misunderstandings
4 “You should just know.”
5 Flat-out Aggression

It happens to everyone in a relationship from time to time: relational friction. Most relationships develop their own patterns for how the partners will handle this friction, but the best way to a favorable resolution often cannot be found along these beaten paths. The following issues all lead to fights and discomfort, but often fail to address their own root causes.

The motivation behind an act of kindness seems impure.

Say a man’s girlfriend talks on a daily basis about how much she wants a particular bracelet (“bracelet” being a stand-in for whatever else, either material goods or acts of service). She talks about it so much that he complains, and she doesn’t seem to think she talks about it as much as he knows she does. Her birthday is coming up, and he wants to be done with this business, so he buys her one. When she opens it, she gushes, so happy that he remembered, and feels like he really cares. And then he says, “I just wanted you to shut up.” Or some derivative thereof. 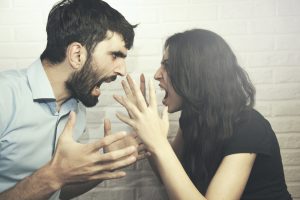 Knowing how annoying it is to say things over and over, should she have built such one-sided rhetoric about the possibility of a bracelet? No. Is it healthy to have an intense fixation on nonessential material goods tied into personal self-perception and happiness? Absolutely not. But why, instead of letting her enjoy this moment and moving on, does he say, “I just wanted you to shut up?”

This tells her that the gift wasn’t about making her happy, it was about satisfying his own needs. And even if this was the case from the moment he decided to drive to the jewelry store and splurge on a bracelet; there’s an important distinction to make here. He spent the money to get this for her, but when the moment comes for her to appreciate it, part of him feels the need to sabotage that joy. A vindictive part of him wants her to suffer, and that desire is more important than her happiness.

Maybe this is because he feels like she isn’t listening to what he has to say– She went on and on about this bracelet, and he catered to that, but he feels like she isn’t putting in any effort to meet his needs. Sometimes this is a matter of relationship expectations, and both partners may consider discussing what is and isn’t working, and then seeing whether the aspects that aren’t working can be remedied.

This also tells her he thinks she’s annoying, and no one wants to feel that way. Does this sound similar to anything that has happened in your own relationship? If you love this woman, step back and look at how you’re communicating with her. Do you want to be communicated with in that way?

If this sounds familiar, you’re mislabeling your emotions.

Being part of any relationship requires a willingness to pick which battles to fight. But this means that when you choose not to fight a battle, you let it go. You don’t grumble about it, avert your eyes and put your hands up while saying “Fine” or “I don’t care,” or scoff and say “Nothing” when confronted. This is what teenagers do. Be better than that, and let it go.

Granted, some battles need to be fought. Everyone in a relationship should be able to stand up for their beliefs, ask about having more of their needs met, and advocate for their own comfort. In these events, feel free to label your emotions, but do so with a controlled, respectful tone and never mislabel them. Represent them accurately, or it will eat away at your relationships. No one wants to spend time with a person who is behaving passive-aggressively, so don’t let that person be you.

Everyone has a unique communication style, which makes for both color and potholes in every relationship. One partner has heavily sarcastic humor, and the other’s is roundabout and witty. But sometimes the joke goes too far, not just once, but routinely. “That’s part of my personality,” the sarcastic partner might say. Perhaps the other partner is sensitive and cannot take a joke. The fact of the matter remains, however, that these two are in a relationship, and one of them is routinely hurt by the other’s “jokes,” which often feel too personal for comfort. Telling the sensitive partner to toughen up is easier said than done, so it’s essential to consider toning back some of the jokes.

Are others in your life often put off by this caustic humor? Do you write off individuals as potential friends when they feel insulted by what you only mean as a joke? And most importantly, how do you react when your values are subject to the same kind of joke?

“You should just know.” 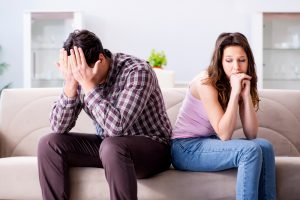 An addition to the category of “frequent misunderstandings” is the reality that even great partners cannot read minds. A great number of marriages fail when one or both partners expect the other to anticipate their own thinking. They may or may not recognize that they are doing this. Either way, if left unaddressed, this can lead to snowballing resentment. Often times when people report that their partners don’t “understand” them, this is because they aren’t allowing those partners a glimpse into the inner workings of their lives. Partners are meant to be just that– companions, not mind-readers.

Maybe he’s upset with her, or with himself. He comes home from work in a bad place, and when she gets close to him, he snaps at her. He slams the cabinet doors, slams things down onto the table, and maybe even takes a dig at her or things she cares about because he’s unhappy. What he’s forgetting is that although being unhappy is perfectly okay, other people’s emotions are not a tool to make himself feel better. When one partner frequently makes the other feel bad either emotionally or physically, it is time for a change. And almost universally, that change needs to come not only in the form of time apart but also in serious self-reflection regarding the underlying motivators of this behavior. Anyone with consistent patterns of aggression needs to address and mitigate them.

How to Avoid the Most Common Summer Illnesses

Rice Dishes for Those Who are Vegetarian, Soy-Intolerant, and Gluten-Intolerant